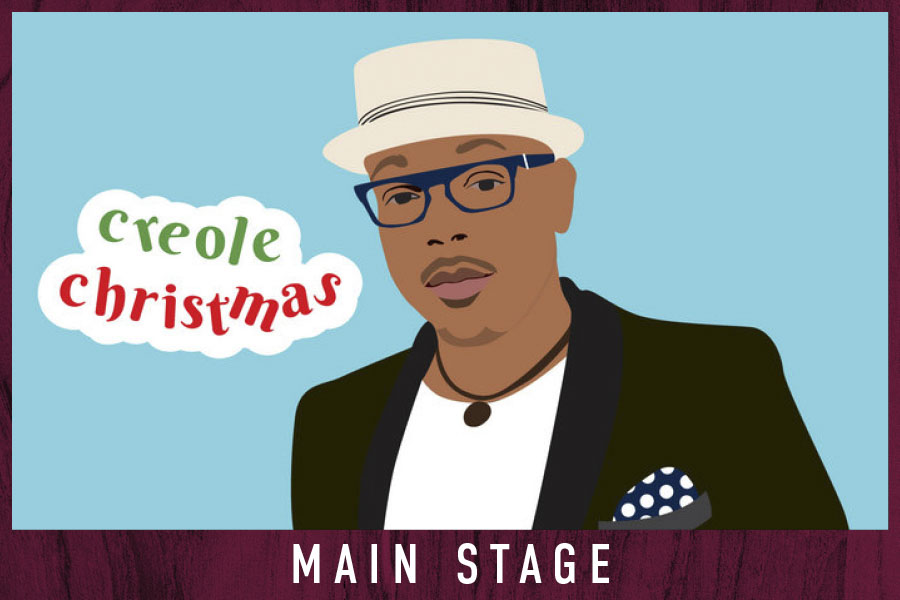 City Winery Washington DC presents Etienne Charles Creole Christmas live in concert on Tuesday, December 13 at 7:30 PM. Trinidad born Etienne Charles is a performer, composer and storyteller, who is continuously searching for untold stories and sounds with which to tell them. A 2015 Guggenheim Fellow and 2022 Creative Capital Awardee, Charles is hailed by New York Times as "an auteur" and by Jazz Times as "A daring improviser who delivers with heart wrenching lyricism."  According to Downbeat Magazine "Charles delivers his ebullient improvisations with the elegance of a world-class ballet dancer."  Etienne has received critical acclaim for his exciting performances, thrilling compositions and knack for connecting with audiences worldwide.  In June 2012, Etienne was written into the US Congressional Record for his musical contributions to Trinidad & Tobago and the World.  Perhaps more than any other musician of his generation or Eastern Caribbean origin, Etienne brings a careful study of myriad rhythms from the French, Spanish, English and Dutch speaking Caribbean to the table.  Crucially, as a soloist, he fully understands the New Orleans trumpet tradition (which is readily discernible in his trademark instrumental swagger) and what famed Crescent City Pianist, Jelly Roll Morton so succinctly captured in the now immortal phrase, 'The Spanish Tinge'.  His latest recording, Creole Soul has received critical acclaim worldwide for it’s fusion of root grooves from the Afro-Caribbean. His previous release, Kaiso (Culture Shock Music 2011), features his arrangements and interpretations of the music of calypso legends Lord Kitchener, Mighty Sparrow & Roaring Lion. As a sideman he has performed and or recorded with Monty Alexander, Roberta Flack, Frank Foster, Ralph MacDonald, Johnny Mandel, Wynton Marsalis, Marcus Roberts, Maria Schneider and more.