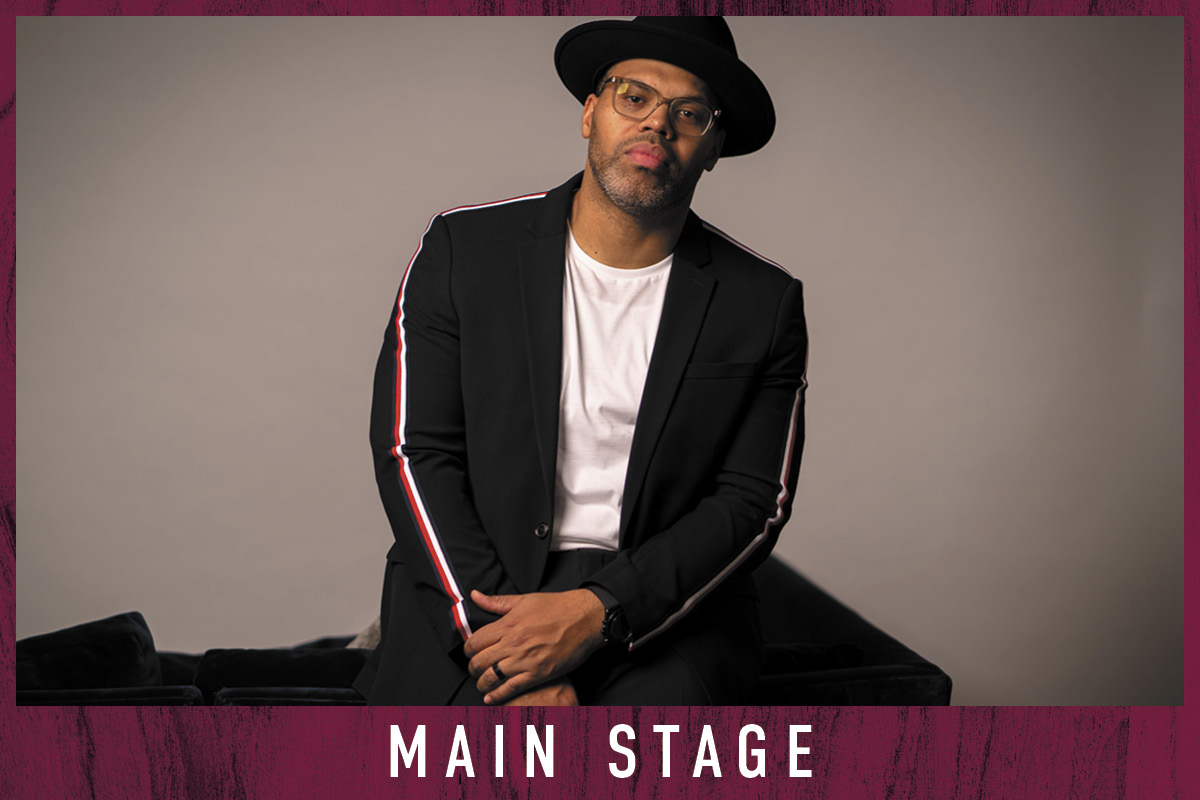 Effective 8/2/21: All indoor guests of City Winery will temporarily need to provide proof of vaccine or show a negative Covid-19 test within the previous 72 hours; and wear masks indoors when moving throughout public areas. GRAMMY Award-nominee, singer, songwriter, and producer Eric Roberson continues to break boundaries as an independent artist in an industry dominated by major labels, manufactured sounds and mainstream radio.  Described as the original pioneer of the independent movement in R&B/soul music, Eric has achieved major milestones in his career, from being a successful songwriter and producer for notable artist such as Jill Scott, Musiq Soulchild, Dwele, Vivian Green and countless others, as well as headlining sold out tours across the country. This Rahway, NJ and Howard University alum became the first independent artist to be nominated for a BET Award 2007 and was the recipient of the "Underground Artist of the Year" BETJ Virtual Award, with Rahsaan Patterson in 2008.  In addition, Eric was nominated in both 2010 and 2011 for a GRAMMY award in the "Best Urban/Alternative Performance" category and continues to blaze trails unheard of as an independent artist.  In 2011, his studio album, Mister Nice Guy, debuted in the top 5 on the iTunes R&B/Soul charts and his 10th studio album, The Box, was released in 2014. Eric's latest project, Wind, will be released on July 21st and digital pre-orders are available now on iTunes.  This album is the second part of a three album compilation Earth, Wind, and Fire, to be released throughout the year.  Wind features Urban Contemporary Veteran Will Downing on the single "Lyrics Of Pleasure".