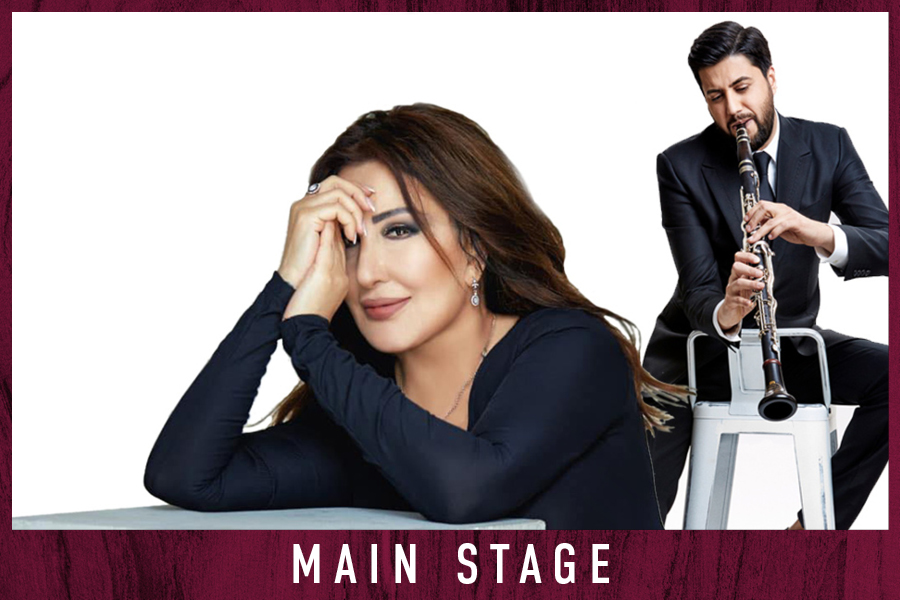 City Winery Washington DC presents Nukhet Duru & Serkan Cagri live in concert on Wednesday, November 2 at 8:00 PM. Nukhet Duru released her first 45 album “Aklımda Sen Fikrimde Sen – Karadır Kaşların” in 1974. It was followed by many singles like “Beni Benimle Bırak – Cambaz- Harp ve Sulh-Gerisi Vız Gelir” (1975), which she won a Golden Plate for. Her first LP Bir Nefes Gibi was released in 1977.  That same year, Duru was awarded the “Most Successful Female Singer of the Year” in Turkey.  In 1978, she participated in a song contest with Modern Folk Trio, which was held in Seoul, and won first place. In the 1980s, she began singing Turkish Traditional music. Beside singing Duru has performed on TV programs, musicals, films and TV dramas, receiving many awards. Her song “Ben Sana Vurgunum”  was heavily sampled by The Weeknd in his song “Often”  from his 2015 album, Beauty Behind the Madness. If you've ever watched Serkan Cagri perform with any of the numerous projects he's been associated with through the years, the first word that might occur to you is "effortless." His body swings lightly from side to side, he gives subtle winks to the orchestra to indicate rhythmic breaks and tempo changes, his knees bend as if he's floating in water and his shoulders keep time as if he's dancing from the top down. Serkan's collaborations are extensive, reaching into the western classical world (his ethereal modern orchestration of the Concierto de Aranjuez makes you think it was written for clarinet and not guitar). Even in his modern renditions, Serkan never lets you forget his roots as a deeply trained classical musician who is able to cross the boundaries within sections of a piece, uniting Greek, Turkish, Bulgarian and Gypsy styles as if they were born in the same crib.