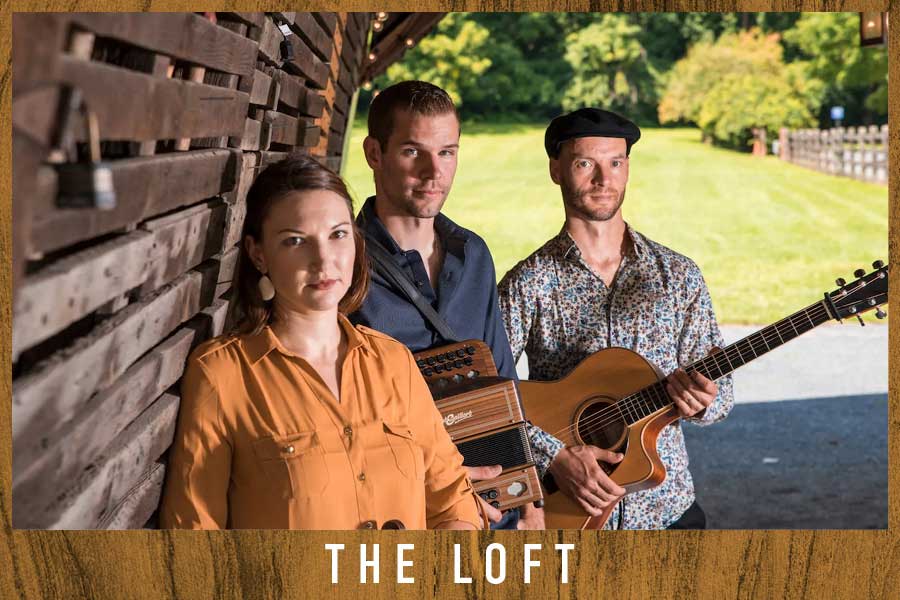 City Winery Philadelphia presents Poor Man's Gambit live in concert on Friday June 10 at 8 PM. Poor Man's Gambit was formed in 2015 and hails from Philadelphia, Pennsylvania, USA. The trio has released 3 albums, completed two international tours, and has been noted as an increasingly popular Irish-American group. Featuring Corey Purcell (button accordion, cuttern, bodhran, vocals, dance), Deirdre Lockman (fiddle, vocals), and Federico Betti (guitar, fiddle) PMG brings together three diverse musical backgrounds which complement the other's musical styles both on stage and in the studio. With two multi-instrumentalists in the line-up, PMG has been noted for their ability to change instrumentation many times over the space of a performance, and offer several levels of musical depth to listening ears. The addition of Corey's flashy footwork on the occasional reel adds an extra punch of energy to their shows.  The trio's latest album 'Land of Sunshine' showcases a carefully selected offering of spirited tunes balanced with an equal number of expressively performed songs. Most of the repertoire is rooted in Irish traditions, but some pulls from other provincial influences including England, Brittany, and Scotland, in addition to several original compositions also included in the collection. Tickets $15 / Day of $20