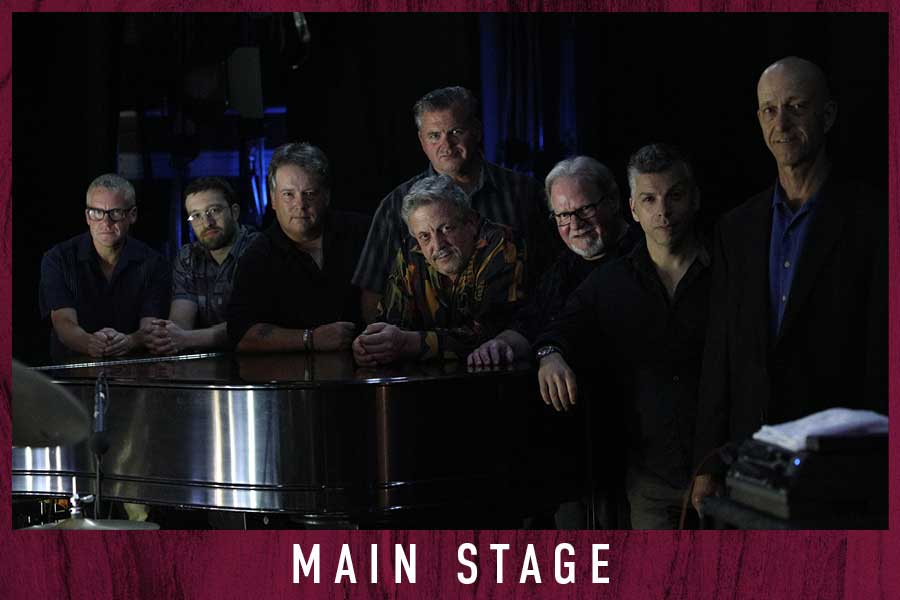 Roomful of Blues, the world-renowned, horn-powered, houserocking blues band, has been delighting audiences for over 50 years. Blues Music Magazine calls them “the best little big band in the blues.” On record and on stage, Roomful of Blues—led by master guitarist Chris Vachon for the past 22 years—continues to deliver its bone-shaking mix of original songs and carefully chosen covers ranging from jump, swing and proto rock ‘n’ roll to funky, contemporary blues. Their impeccable musicianship and larger-than-life vocals have earned Roomful of Blues five Grammy Award nominations and a slew of other accolades, including seven Blues Music Awards. Twice, the prestigious DownBeat International Critics’ Poll has selected them as Best Blues Band. And now, even after 18 previous releases and thousands of live shows, Roomful of Blues continues to evolve, as they return with In A Roomful Of Blues, their first new studio album since 2011. In A Roomful Of Blues, the band’s fifth release on Alligator Records, was produced by Vachon and features 13 wide-ranging songs, including nine band-composed originals—more than on any previous Roomful album.  Effective 1/3/22: All indoor guests of City Winery will temporarily need to provide proof of vaccine, a government issued ID, and wear masks indoors when moving throughout public areas.  Please note we will not be accepting negative Covid tests, per City of Philadelphia guidelines.