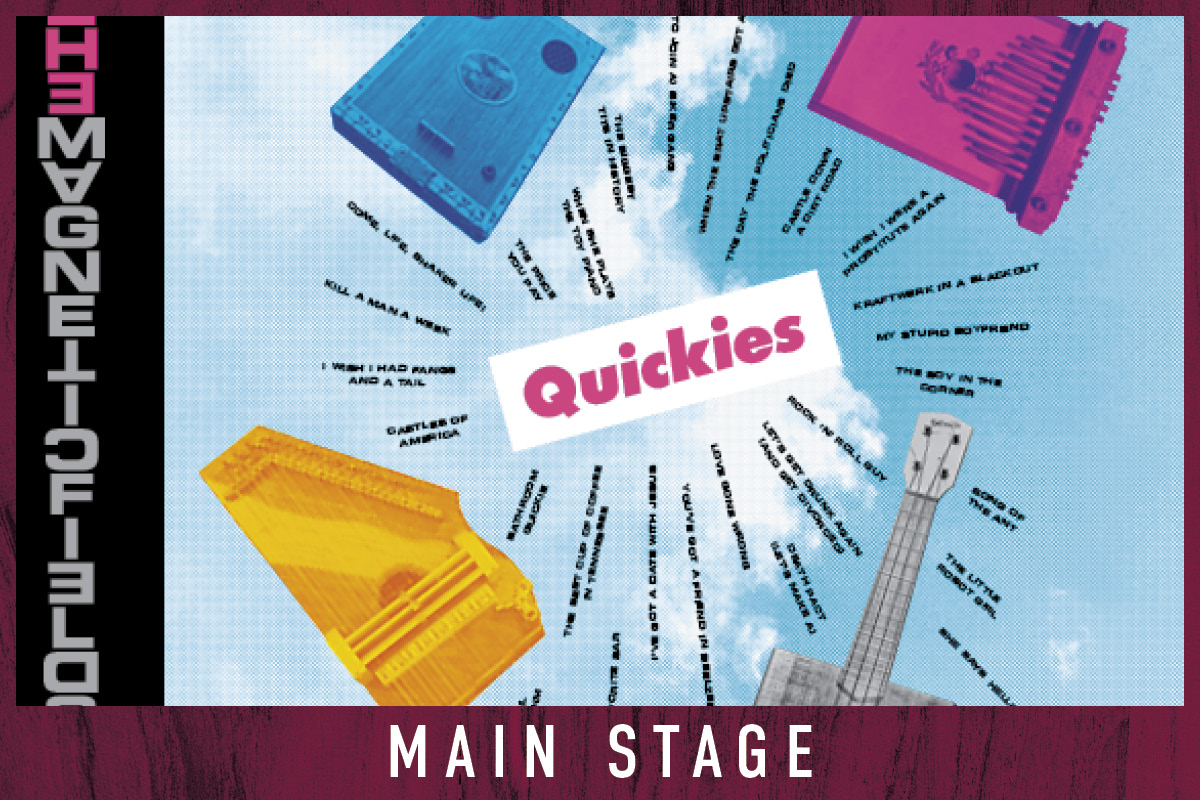 The Magnetic Fields celebrate their new release "Quickies" with special residencies at intimate City Winery venues in seven cities—Atlanta, Chicago, Nashville, Boston, New York, Washington, and Philadelphia. The shows will feature a mix of songs from "Quickies" along with fan favorites from 69 Love Songs, 50 Song Memoir and their other albums. Many of these songs have not been heard live since 2012 Merritt explains his thinking behind the Quickies concept: “I’ve been reading a lot of very short fiction, and I enjoyed writing 101 Two-Letter Words, the poetry book about the shortest words  you can use in Scrabble. And I’ve been listening to a lot of French baroque harpsichord music. Harpsichord doesn’t lend itself to languor. So I’ve been thinking about one instrument at a time, playing for about a minute or so and then stopping, and I’ve been thinking of narratives that are only a few lines long. “Also, I had been using a lot of small notebooks, so when I reach the bottom of the page, I’ve only gone a short way. Now that I’m working on a different album, I’m enforcing a large notebook rule so that I don’t do Quickies twice in a row.” Quickies features Merritt and other Magnetic Fields band members Sam Davol, Claudia Gonson, Shirley Simms, and John Woo. They are joined by longtime friends and collaborators Chris Ewen, Daniel Handler, and Pinky Weitzman. To date, Stephin Merritt has written and recorded twelve Magnetic Fields albums, including the beloved 69 Love Songs and the 2017 critically acclaimed Nonesuch box set, 50 Song Memoir, which chronicled the first fifty years of the songwriter’s life with one song per year.