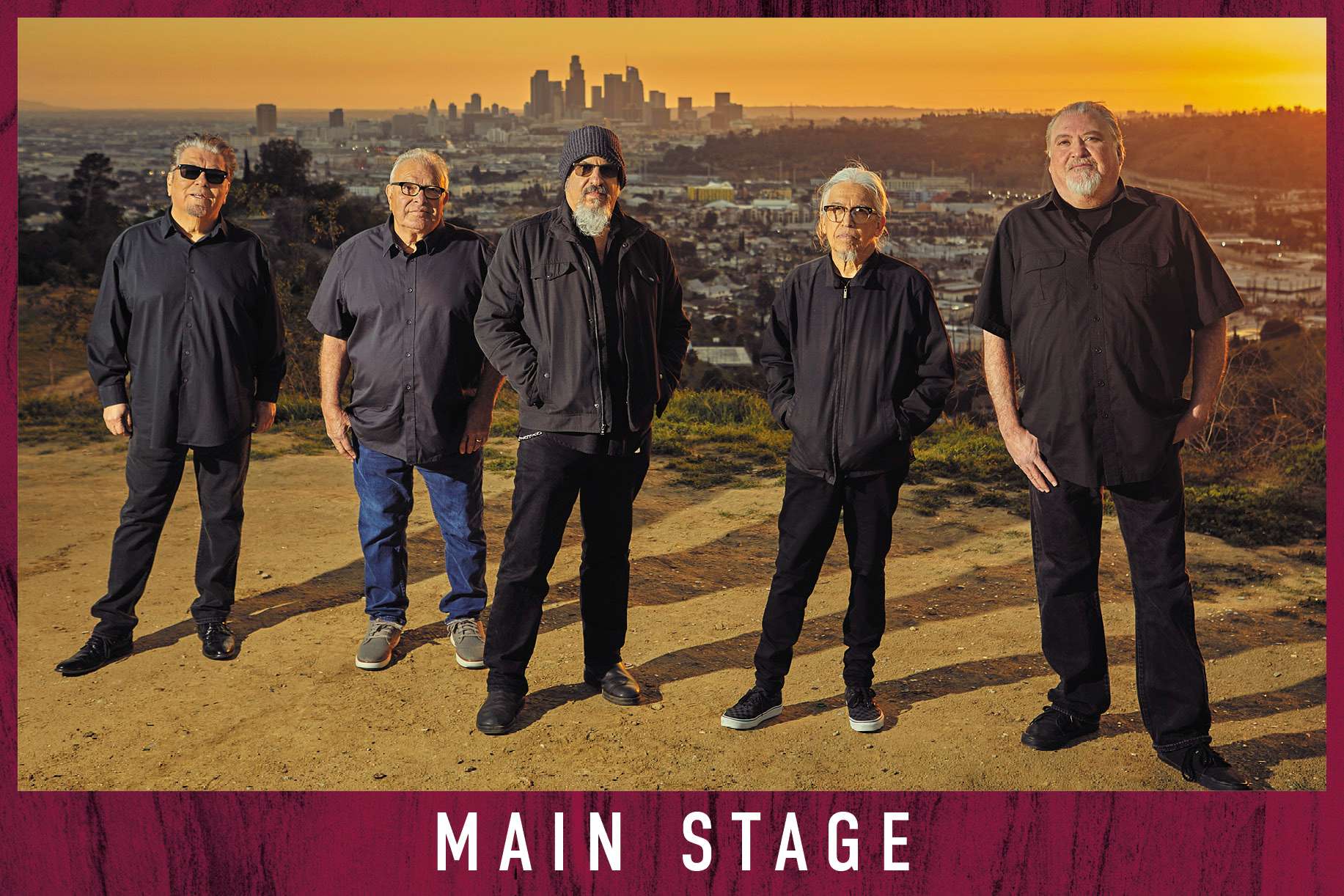 Effective 8/2/21: All indoor guests of City Winery will temporarily need to provide proof of vaccine or show a negative Covid-19 test within the previous 72 hours; and wear masks indoors when moving throughout public areas. The journey of Los Lobos began in 1973, when David Hidalgo (vocals, guitar, and pretty much anything with strings), Louie Perez (drums, vocals, guitar), Cesar Rosas (vocals, guitar), and Conrad Lozano (bass, vocals, guitarrón) earned their stripes playing revved-up versions of Mexican folk music in restaurants and at parties. The band evolved in the 1980s as it tapped into L.A.’s burgeoning punk and college rock scenes. They were soon sharing bills with bands like the Circle Jerks, Public Image Ltd. and the Blasters, whose saxophonist, Steve Berlin, would eventually leave the group to join Los Lobos in 1984. Early on, Los Lobos enjoyed critical success, winning the Grammy® for Best Mexican-American Performance for “Anselma” from its 1983 EP ...And a Time to Dance. A year later, the group released its full-length, major-label debut, How Will the Wolf Survive? Co-produced by Berlin and T Bone Burnett, the album was a college rock sensation that helped Los Lobos tie with Bruce Springsteen as Rolling Stone’s Artist of the Year. A major turning point came in 1987 with the release of the Ritchie Valens biopic, La Bamba. The quintet’s cover of Valens’ signature song topped the charts in the U.S. and the U.K. Rather than capitalize on that massive commercial success, Los Lobos instead chose to record La Pistola y El Corazón, a tribute to Tejano and Mariachi music that won the 1989 Grammy® for Best Mexican American Performance.