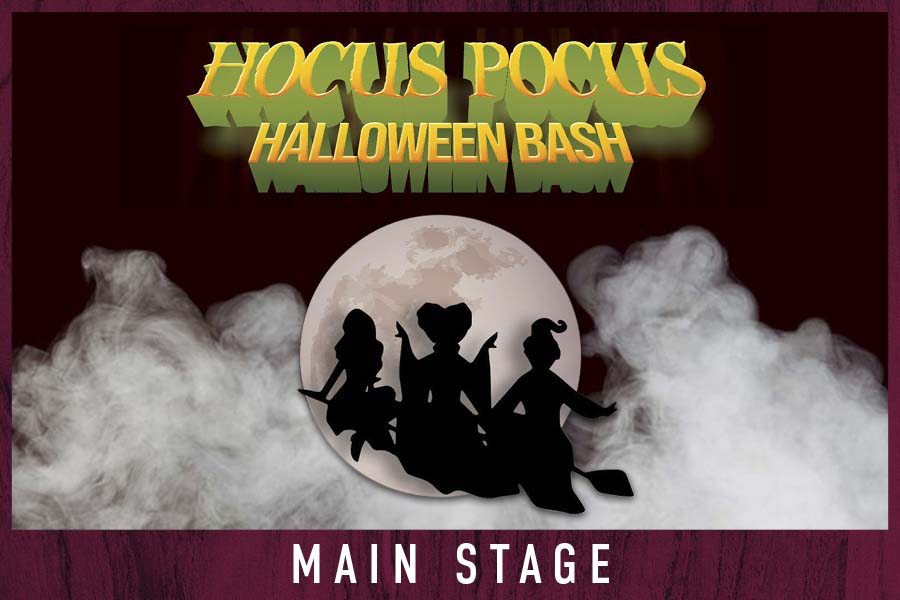 City Winery Boston presents Hocus Pocus Halloween Bash Starring Ginger Minj of Hocus Pocus 2 live in concert on Wednesday, October 26th at 9:00 PM.  Ginger Minj (Winifred): Originally hailing from small town Leesburg, Florida, Ginger Minj made her first splash on the global stage as a finalist on RuPaul’s Drag Race Season 7. As a fan favorite and triple threat she was invited back for Drag Race All Stars 2 and made it to the top 3 of All Stars 6. She has starred in the Anne Fletcher helmed “Dumplin” for Netflix alongside Jennifer Aniston and Dove Cameron, in the Netflix series “AJ & The Queen”, and most recently in the Disney+ movie, Hocus Pocus 2. When she is not touring the world or appearing in movies and live shows, Ginger can be heard on her three studio albums, Sweet T, Gummybear, and Double Wide Diva! Gidget Galore (Mary): Gidget Galore has been a professional Orlando female impersonator since 2006. Gidget has enjoyed entertaining the night club circuit, corporate galas, public (and private) events and, most recently, was honored by the Mayor of Orlando with his Matching Grant as the hostess of “Drag Queen Story Hour” reading to the wonderful youngsters of Orlando at the gay and lesbian center. The creation of Fruit Wine Productions is the newest chapter in his entertainment story! This new venture is bound to be filled with love, creativity and LOTS of laughter! MR MS Adrien (Sarah): MR MS ADRIEN is a gender-defying performance artist who began her drag career in Orlando, Florida at 18 years old. Though she has recently relocated to New York City after 7 years performing in Orlando's queer scene, you can still catch Mr Ms returning to the Parliament House stage in hit shows like The Rocky Horror Drag Show, Devil Wears Prada the Dragsical, and of course alongside her favorite Golden Gals as Sophia Petrillo! Make sure to check out her debut album "MR MS", available on Apple Music and Spotify!