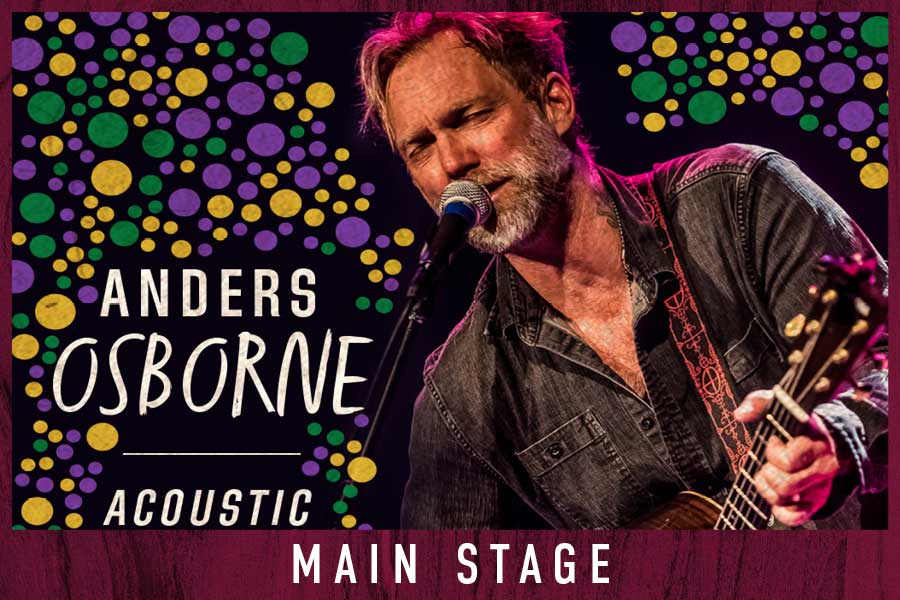 City Winery Boston presents Anders Osborne live in concert on Sunday, January 5th at 7PM. At one point on his 2019 album, Buddha and The Blues, Anders Osborne sings, “Oh, it’s a miracle we still care. Oh, it’s so wonderful we’re still here. We’re still here!” He’s not going anywhere either…  Osborne’s six-string virtuosity, inventive musicality, and poetic songcraft underpin an ever-expanding three-decade catalog celebrated by fans and critics alike. As a sought-after studio talent, his writing resounds through Keb Mo’s GRAMMY® Award-winning Slow Down, Tim McGraw’s number one “Watch The Wind Blow By,” and covers by Brad Paisley, Jonny Lang, Edwin McCain, Aaron Neville, and more. His output live and in the studio spans working with everyone from Eric Church, Toots and the Maytals, and John Scofield to The Meters, North Mississippi Allstars, and Galactic. His extensive touring history encompasses gigs, collaborations, and performances alongside everyone from Derek Trucks, Warren Haynes, and Stanton Moore to The Grateful Dead’s Phil Lesh and Jackie Greene. Not to mention, he lights up the screen on an episode of the HBO hit Treme. Plus, he has garnered acclaim from USA Today, Guitar Player, Relix, Offbeat, and more. He also gives back whenever possible via the “Send Me A Friend” foundation and through writing music for New Orleans Children’s Museum. A pair of 2016 albums—Spacedust & Ocean Views and Flowerbox—maintained his prolific output at a record pace. Now, 2019’s Buddha and the Blues references the full scope of the creative and personal duality at the heart of everything this maverick does. “I came up with the title early on, so I knew what the vibe of the record should be,” he explains. “Buddha and the Blues means the duality of our existence.”