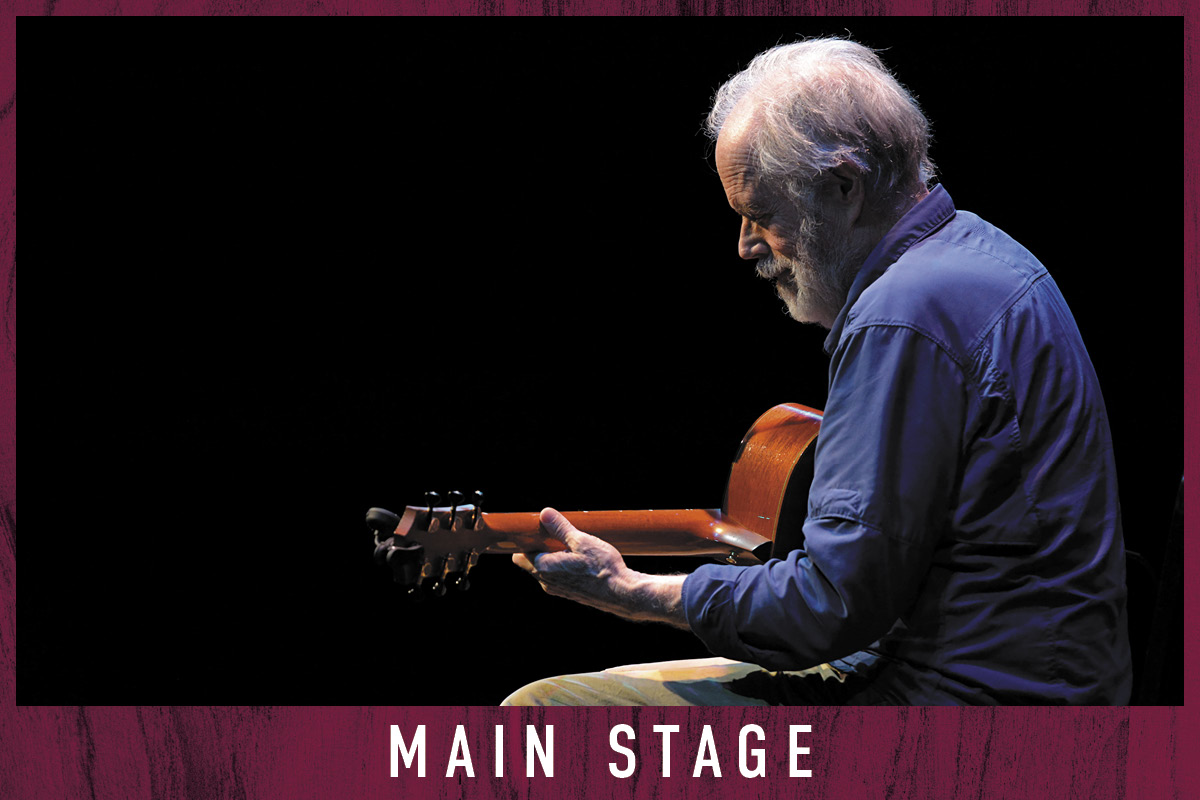 Effective 8/2/21: All indoor guests of City Winery will temporarily need to provide proof of vaccine or show a negative Covid-19 test within the previous 72 hours; and wear masks indoors when moving throughout public areas. Acoustic guitarist Leo Kottke was born in Athens, Georgia, but left town after a year and a half. Raised in 12 different states, he absorbed a variety of musical influences as a child, flirting with both violin and trombone, before abandoning Stravinsky for the guitar at age 11. After adding a love for the country-blues of Mississippi John Hurt to the music of John Phillip Sousa and Preston Epps, Kottke joined the Navy underage, to be underwater, and eventually lost some hearing shooting at lightbulbs in the Atlantic while serving on the USS Halfbeak, a diesel submarine. Kottke had previously entered college at the U of Missouri, dropping out after a year to hitchhike across the country to South Carolina, then to New London and into the Navy, with his twelve string. "The trip was not something I enjoyed," he has said, "I was broke and met too many interesting people." Discharged in 1964, he settled in the Twin Cities area and became a fixture at Minneapolis' Scholar Coffeehouse, which had been home to Bob Dylan and John Koerner. He issued his 1968 recording debut LP Twelve String Blues, recorded on a Viking quarter-inch tape recorder, for the Scholar's tiny Oblivion label. (The label released one other LP by The Langston Hughes Memorial Eclectic Jazz Band.)